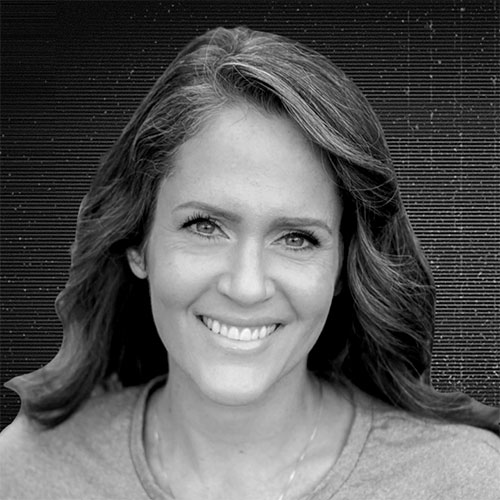 When my daughter Dyllan was a toddler, I exercised quite regularly at the YMCA. (And by “exercised,” I mean that I read a book on the stationary bike and pedaled as slowly as possible while I enjoyed an hour of free childcare. Not gonna lie.) One day when I picked her up from the kid’s room, the childcare worker pulled out the unopened granola bar I had put in Dyllan’s bag, handed it to me, and said, “We can’t give this to her because it contains peanuts. We don’t allow anything with peanuts into the childcare area.” I admit I was a bit surprised because it wasn’t something I had given much thought to. But I quickly learned that there was almost nothing parents feared more in 2010 than the dreaded peanut.

Of course, peanut allergies are very real. In their book, The Coddling of the American Mind: How Good Intentions and Bad Ideas Are Setting Up a Generation for Failure, Greg Lukianoff and Jonathan Haidt reported that before the mid-1990s, peanut allergies were extremely rare in American children. However, by 2008, fourteen out of every thousand kids had developed peanut allergies. No one knew why there was such a drastic increase until an authoritative study was released in 2015. It was discovered that many kids were developing peanut allergies because their parents avoided giving them peanuts. The study revealed that introducing peanut products to infants with a high risk for allergies actually reduced their chances of developing a peanut allergy by a whopping 81%. In other words, giving peanut products to infants caused their immune systems to respond and build up a tolerance.

Our kids have amazing bodies that react to bacteria, parasites—and yes, peanuts—with an immune response that teaches their system to adapt and fight off future threats to their health.

In the same way, I believe our kids have spiritual immune systems.

Several years ago, I was a participant in a study and discussion group about Christianity. This was the class that challenged my faith intellectually and I’ve told that story here. One day, the subject of Adam and Eve came up and it was asked, “Does anyone still believe they were actual people?” I’m a little embarrassed to admit that I was entirely naive when it came to this subject. Even as an adult, I thought the literal existence of Adam and Eve was something all professing Christians believed in. Chalk it up to the Evangelical bubble I grew up in or the fact that most of my life happened before the invention of the internet. But the question threw me because I had no idea how to answer.

Until that moment, I didn’t even know it was a question. I had zero immunity.

This was simply one of many skeptical claims raised against historic Christianity that snowballed together to send me into a dark time of doubt. I’ve often replayed that moment in my mind and imagined a different scenario. What if I had been aware of this question from childhood? What if I had already thought it through? What if when I read the Genesis account of creation, someone had told me, “Hey, some people don’t think Adam and Eve really existed. Let’s think about what the Bible says about it, what scientific evidence shows, and what that would mean for the gospel.“

If my spiritual immune system had been strengthened in this way, hearing this question as an adult would have been no big deal. It wouldn’t have shaken my faith one bit. I would have simply engaged in that conversation intelligently, without fear or doubt.

Other than teaching our kids the basics of the Christian faith, there are many practical steps we can take to help bolster their spiritual immune systems. Here are three to start with:

For example, when my daughter was about seven, we read through Genesis together. In chapter 26, we read the story of Isaac lying to the Philistines. He told them his wife Rebekah was his sister, fearing that someone might kill him in order to marry her. I said to my daughter, “Did you know that some people think this story is made up because it’s so similar to what Isaac’s dad Abraham did twice before? What do you think about that?” We had a great conversation about how it would make perfect sense for Isaac to repeat his father’s lie, because there seemed to be no major consequences for doing so. In fact, in both cases, Abraham left richer than he came. We also looked at the biblical theme of sons tending to repeat their father’s sins. After we talked, it all made sense. And now my daughter won’t be caught off-guard should she hear that skeptical claim in the future.

​A great resource to help with this is The Apologetics Study Bible. As you read through the Bible, it footnotes the verses that skeptics typically challenge, and offers intelligent and credible responses you can talk through with your kids!

​2. Expose your kids to atheism.
As a parent, it can be scary to intentionally tell your kids all the reasons why atheists reject Christianity. Based on her experience teaching apologetics to Christian parents, my friend Natasha Crain noted that many parents don’t want to risk leading their kids astray by introducing atheist arguments. But she rightly points out that all of our kids will inevitably hear these ideas. She wrote:

Brett Kunkle compares exposure to atheist ideas with teaching his kids to surf. In this video, he explains that as a parent, you wouldn’t throw your kid into the ocean to surf big waves before you teach them basics like swimming and how to handle smaller waves.

​Getting our kids used to the “smaller waves” of atheism can be a great way to prepare them to encounter the “big waves” when they are out on their own.

3. Expose your kids to false gospels and other religions.
​Just like it’s important to expose our kids to atheist ideas, it’s equally important to expose them to counterfeit gospels—which almost always masquerade as authentic Christianity. It’s been said that the best lies contain the most truth. This is why false gospels can be so tricky to discern. . .they contain so much truth. They will often emphasize Jesus, use the right lingo, and even appeal to the Bible to back up their claims. Explaining the differences between authentic Christianity and Mormonism, Jehovah’s Witnesses, the prosperity gospel, or progressive Christianity will prepare our kids to interact with their ideas and see through the deceptions they espouse.

Another important step is talking with our kids about what people of other religious faiths believe about God, Jesus, and the nature of reality. Although they agree on some points, every world religion contradicts the others at a fundamental level. Logically, they can’t all be true. This is a great opportunity to expose the contradictions and talk with our kids about why Christianity is true and best explains reality.

Who would have thought that giving a baby a tiny bit of peanut butter could potentially save his life? In the same way, giving our kids tiny bits of anti-Christian ideas and allowing them to process these questions within the safety and guidance of our care could have a lasting impact on their future spiritual lives.

Other practical resources:
For years, Brett Kunkle has offered theological training for teenagers and facilitated trips to Utah to interact with Mormons. When I interviewed him on my podcast, he reported that the impact of these trips has been tremendous in the lives of young people, motivating them to study theology and apologetics on their own. He now offers trips to the Berkeley college campus where Christian kids can share the gospel and interact with atheists and skeptics. Find out more at www.maventruth.com.

Another ministry doing great work in this area is Jonathan Morrow and Impact 360. Every summer, they offer experiences in which Christian teenagers are trained in leadership, apologetics, and theology after which they are given real-world experiences to test their knowledge. They visit Buddhist and Mormon temples, meet atheists, and more. Find out more at www.impact360institute.org and listen to Jonathan’s interview on my podcast.

If you want to be intentional about this, pick up Natasha Crain’s book Talking with Your Kids about God: 30 Conversations Every Christian Parent Must Have, and follow Natasha’s blog for more great tips. Or pick up J. Warner Wallace’s trio of kids’ books (1, 2, and 3) that explore everything from the existence of God to the truthfulness of Christianity.

So the Next Generation will Know by J. Warner Wallace (Book and Participant’s Guide)