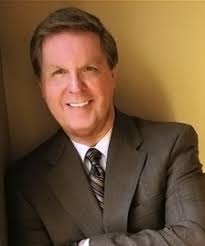 One of the most painful things in life is to love someone who does not love you in return. One person in the Bible who experienced unrequited love in this way was Leah, who was married to the Old Testament patriarch Jacob. He had actually been tricked into marrying her, even though it was her younger sister, Rachel, whom he loved. Jacob did end up marrying Rachel as well (we won’t go into a discussion here on whether these multiple marriages were advisable, even under the cultural traditions of the day); and Leah was left with the heartbreak of knowing that her husband did not feel for her what she felt for him.

Now Rachel, who was loved by Jacob, was unable to bear children at first; but Leah bore Jacob his first son. She thought, surely my husband will love me now. And she named her son, Reuben, which sounds like the Hebrew term for the phrase, “[God] has seen my misery.” She had a second son, and she named him Simeon—which means “One who hears,” because, she said, “the Lord heard that I am not loved, so he gave me this son, too.” Then she had a third son and she named him Levi, which means “attached,” for she thought, “Now at last my husband will become attached to me, because I have borne him three sons.” But, alas, it was not to be. How pathetic this seems from a natural point of view, and how painful it is that such a story would be included in the Bible!

Leah’s story is difficult even to read, for it’s impossible not to feel terrible for her. But the reason it is in the Bible is that we all have Leah/Jacob moments in our lives, don’t we? And people can be cruel. Perhaps it is in a marriage or some other relationship. It could be rejection from a husband or wife, a friend or coworker, a brother or sister— even a child who has grown up to be ungrateful and rebellious. Just because we serve the Lord does not mean that we are exempt from this kind of pain or that it doesn’t hurt deeply.

Thank God that Leah’s story does not end there. She bore Jacob a fourth son, and somehow the lights went on; because she named him Judah, which means “praise” in Hebrew. She realized, at that point, that Jacob was not all that! She didn’t have his love, but she didn’t need it; because she had the love of God, and that could not be taken from her! No wonder she said, “This time I will praise the Lord”!

“[Leah] conceived again, and when she gave birth to a son she said, ‘This time I will praise the Lord.’ So she named him Judah…” (Genesis 29:35 NIV)

Leah, who was one of Jacob’s wives in the Old Testament, knew the deep pain of loving someone who did not love her back. That someone was her own husband. But after pining for Jacob and bearing him three sons in the hope that he would finally notice her and love her, Leah sadly realized that would never happen. More importantly, she finally understood that although Jacob didn’t love her in the way he loved her younger sister, Rachel, God did love her with an everlasting love! This caused her to exclaim, “This time I will praise the Lord”! And she named her fourth son, Judah, which means “praise” in Hebrew.

In the midst of pain— and rejection is painful— the best thing we can do is praise the Lord, as Leah did; and the Lord will help us to move on and be fruitful and joyful despite what is going on in our lives. He holds us and does not turn us away. He is the friend who sticks closer than a brother, and he can understand the pain of love that is not returned. That is why Jesus wept over Jerusalem. He had come to his own, and his own did not receive him. Instead, he was rejected, spat upon, beaten and ultimately crucified; and he subjected himself to all of this pain, for you and for me. Oh, how he loves us! And oh, how he understands the pain of love spurned.

We are exhorted in Scripture to “keep yourselves in the love of God” (Jude 1:21). That means that we have to live and work and breathe and trust in God’s love for us every day; because the love of the Lord is steady, deep, and everlasting; it is sweet, strong, and unchanging. If we were to depend on people for our emotional well-being, our lives would be a roller coaster ride; but God’s love remains the same when we’re on the mountaintop and when we’re in the valley; when we’re successful and when we trip and fall.

In the end, Leah got her eyes on God and said, “I’m going to praise him!” And that is the secret for you and me; for the best way to be ministered to by the love of God when the enemy of our souls wants to take us to that place of despair is to praise the Lord for his endless love. While you may be experiencing hurt because of what someone may have done or said, you can have deep-seated joy within; because the Lord is not going to let you go. Jacob will just break your heart every day; but Jacob is not the be all and end all of life; Jesus is the one who must hold that place in every believer’s heart.

Oh, and one more thing: Rachel did end up bearing two sons to Jacob; and Leah’s and Rachel’s sons all became the patriarchs of the tribes of Israel. Can you guess which was the tribe from which Jesus descended according to his natural lineage? That’s right: It was the tribe of Judah, which means “praise.” Little did Leah know what was in store for her progeny, all because she chose to look to God rather than others for fulfillment, direction, and purpose in her life. We can do the same.