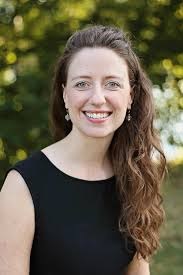 I recently had yet another exchange with an abortion supporter who argued abortion is justified from the perspective of a woman’s “bodily rights.” I have written pro-life responses to this argument before, such as here and here. It occurred to me that when the bodily rights argument is raised it is often perceived as more challenging, but at the end of the day our simple proposal ought to be this: Let’s focus on a parent's responsibility to her child. It is easy to lose sight about what we are actually talking about when bodily rights is raised, and that is this: relationship. And not just any relationship—the relationship of a strong party to a vulnerable party. And not just any strong party and any vulnerable party. We are talking about a mom and a child. I therefore need to call out the bodily rights argument for the horror that it is: a profoundly brutal attack on the nature of the parent-child relationship.

What element of the Rwandan genocide was more horrifying than other human rights violations? It was that colleagues, neighbors, friends, and even family were turning over and killing people that they knew. It was not just a matter of strangers killing strangers (as horrific as even that is). Consider the story of Monica: She is a Rwandan woman whose own father and brothers brutally executed her Tutsi husband and children in front of her eyes.

Or consider the story of Penny Boudreau who killed her 12-year-old daughter Carissa. The young victim's last words as she appealed to the woman who birthed her were these: “Mommy, don't.”

There is something horrifying about her second-last word in the context it was said: “Mommy.” That little girl made an appeal without realizing it; her use of the term “Mommy” was a call to the nature of who Penny was: a mom. “Mommy, don't” was more than “Don’t kill me.” It was a cry from the very depths of her being: “Mommy! Do what mommies do!”

Why do we need a mommy? What are mommies for? What do mommies constantly assure their children who wake up from nightmares? “Mommy is here. Mommy will protect you. You're safe with me.” Certainly, it is nice if a stranger helps a scared child, but we sure know that of all people who should help such a sad soul it is this: a mom.

I feel pain writing that. I feel it for two reasons. The first is because it is so sad. The second is because so many moms have unfortunately already made this permanent, deadly choice. I have several friends who have had abortions, and met countless other women who have done the same. And sadly, I cannot bring their babies back.

What I can do is point the wounded in the direction of hope, which, as an anonymous quote I once read said, “is like a bird that senses the dawn and carefully starts to sing, even while it is still dark.” What I can do is tell about my friends like Anita, Angelina, Debbie, and Elizabeth, who have found forgiveness and healing from their abortions, and who have redeemed their pasts by warning others to learn from their mistakes rather than make new ones. What I can do is show that even in the most unthinkable of situations, reconciliation is possible, which is what Monica from Rwanda, mentioned above, managed to achieve with her brothers.

We cannot undo the mistakes we've made in our past, but we can inspire people to act different from us in the present. We can also inspire people to follow the example of those who have done the right thing. That’s why I believe it’s worth focusing on another mother, a single mother I met on a college campus several years ago. Veronika told me,

“The picture I have enclosed of Amelia and I does not fully show my face but it's an important picture to me. Amelia became very ill with respiratory problems around seven months which meant a lot of nights of dealing with fevers, congestion, pain control and a sad little baby who kept waking up due to having trouble breathing in her sleep. I took this picture one night when I decided to let her sleep on my chest instead of in the crib and she slept throughout the night. I did that every night until she was better. To me, it represents what we do as mothers, that we stop looking at ourselves as individuals with needs and we begin to look at how we can serve another and therefore love another, and with that comes learning to love ourselves.”

When I mentioned that in being faced with a “bodily rights” argument we ought to make a proposal about a parent’s responsibility to her child, I think there's a better way of saying that:

Our proposal, ultimately, is love.